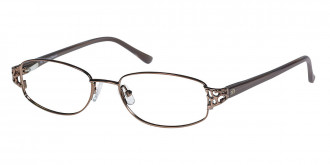 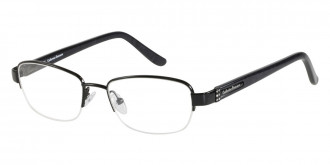 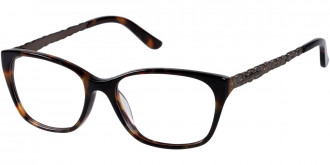 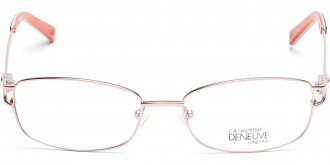 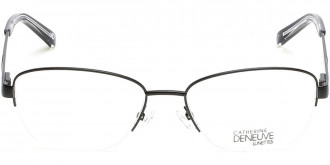 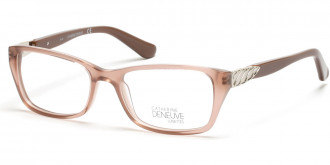 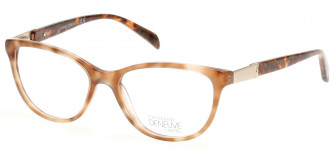 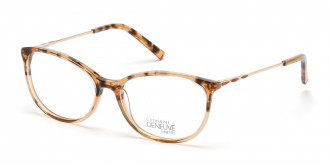 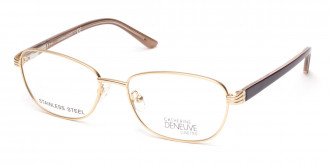 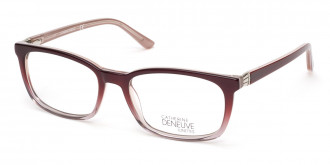 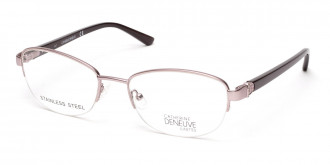 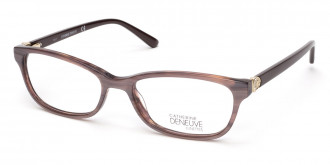 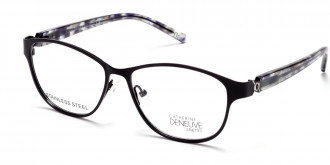 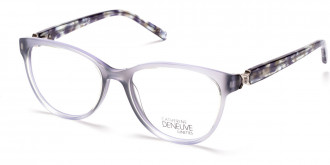 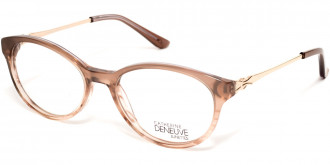 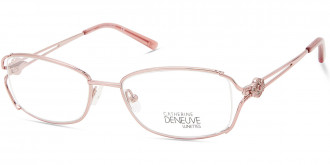 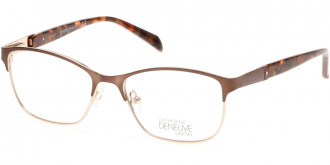 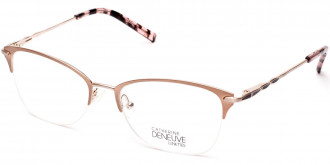 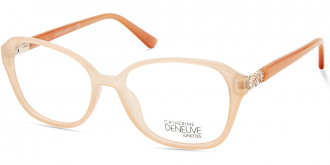 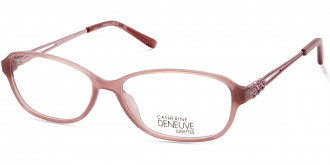 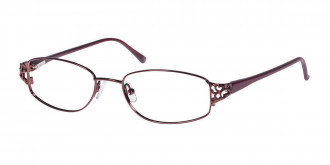 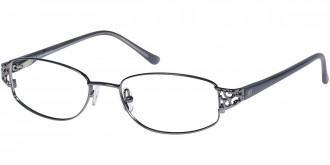 Catherine Deneuve is a living legend of cinema, the muse of many great designers and the femme fatale who broke more than one man's heart, and even far over seventy she has not lost any of her splendor. The actress is also an embodied style icon who inspires both couturiers and fashion fans with her image. It was naturalness and luxurious simplicity that became her symbol: Deneuve relied on expensive materials, laconic silhouettes and exquisite jewelry.

The Catherine Deneuve Lunettes eyewear line was first introduced by the actress in 1989. Accessories from Deneuve are classics of the genre: the brand offers models for all times, characterized by a very conservative design and a minimum of details. A feminine collection in the spirit of the sixties looks very appropriate today with its minimalist and versatile frames.

The eyewear collection includes simple and elegant classic frames with modern aesthetics for connoisseurs of sophisticated women's fashion. Catherine Deneuve sunglasses and frames are high quality from a French manufacturer and style that reflects the fashion preferences of the gorgeous Catherine Deneuve. Each model will be a great addition to your look.

In the 60s and 70s of the last century, Catherine Deneuve became the personification of the French style. For her austere unapproachable beauty, she was named "The Snow Queen of French cinema". The beauty of Catherine Deneuve is timeless, while the more important are the hidden strength and depth of her personality, and even her independent character, skillfully revealed and emphasized by clothes and accessories. The famous actress belongs to those outstanding women who leave an indelible mark on the memory not only with their talent and created images on the screen, but also with their appearance and lifestyle. For fans of the classics, Deneuve remains a role model even now. Even in the most revealing outfits, Deneuve looks perfect: a minimum of jewelry, impeccable hairstyling, stylish glasses - every detail gives out an aristocrat to Deneuve.

Elegant, luxurious, aristocratic, feminine - all these epithets characterize a movie and stage star who realizes her talents in the fashion industry as well, creating eyeglass collections. The glasses, produced under the name Catherine Deneuve, fully correspond to her personal image, marked by refined minimalism, practicality and Parisian chic showed in every detail.

The life of the legendary French actress and style icon Catherine Deneuve is closely connected with cinema, fashion, design, art, music, photography, perfumes. And despite her advanced age, even today she continues to realize her talents. Deneuve is a Parisian-born actress, whose future profession was already predetermined because the girl's parents Maurice Dorleac and Rene Deneuve were dramatic actors. Since her childhood, the future star was instilled with a love of art, she took an active part in-home performances and recited poetry at school evenings, and also graduated from the Lyceum "La Fontaine" in Paris. When the girl was only eight years old, her mother died, and her father had to single-handedly raise four daughters, each of whom chose an acting profession.

But Deneuve became the brightest star in the Dorleac dynasty. Fame came to her after the triumph at the Cannes Film Festival with The Umbrellas of Cherbourg. After this success, films with the participation of Catherine Deneuve were often nominated for prestigious awards, and Catherine herself received hundreds of offers to act in various films. The actress is also known for her creative friendship with a number of famous designers, and she has also become the face of advertising campaigns for famous fashion houses.

As Catherine Deneuve's style was formed in the late 1960s, her imagery absorbed the best of that time. Oval-frame sunglasses are such an example. The actress had many models of sunglasses in different colors, with bright or tinted lenses. In 1989, Catherine Deneuve even launched her own line of optics, which included a variety of classic shapes - rectangular, oval, cat-eye. Nowadays Marcolin Eyewear creates elegant frames inspired by the actress, her style, passions, and lifestyle, and it is no doubt that all the brand's charming eyepieces will appeal to modern fashionistas.