5 The Most Charismatic and Iconic Persol Sunglasses of All Times 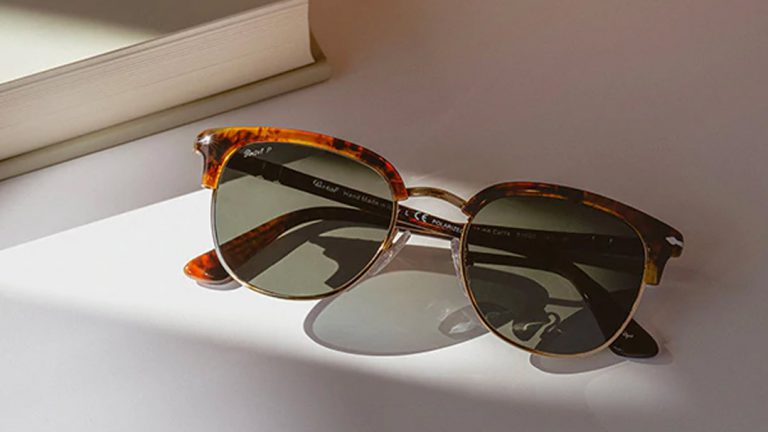 Persol has always impressed with the sophisticated creativity and innovation of its collections.
As the story goes, it all started with a pair of brown rubber strap lenses that were released in 1917. The ingenious designer and experienced optician Giuseppe Ratti created specialized eyewear for sports drivers and aviators and did not suspect that one day Persol sunglasses would gain immense popularity around the world.

Decades later, Persol sunglasses got their lead roles in big films and became popular with movie stars, musicians and the creative elite. Today, some of the Persol models are the objects of desire for many collectors and passionate fashionistas.
With the development and usage of innovative technologies in production, Persol glasses have become even more high-quality, stylish and sought-after.

Now we can admire the novelties and the icons of Persol at our store. We offer you to take a glance at the legends of the brand to applaud the sophistication, unsurpassed design and high quality of the sunglasses.

This iconic Persol model features a classic havana frame with dark green mineral lenses. First made in 1957 for tram drivers in Turin, this frame gained after the real popularity after the release of the movie “Divorce Italian Style”, where it was worn by the hero of Marcello Mastroianni. Now the model is offered in dozens of different frame and lens combos. 649 is still among the bestseller models for men around the world.

The brand’s essential classics which has become more and more popular over time. The model is created on the base of 649 model, but it is foldable. Elegant and perfectly protecting from the sun it delivers timeless masculine image. Classic tortoiseshell aviators. The Persol 714 was introduced in the 1960s as the world’s first folding glasses.

The Persol Steve McQueen sunglasses are inspired by a vintage 1968 silhouette. These sunglasses are known as the pair worn by McQueen both off screen and on in his popular movie “The Thomas Crown Affair”, which cultivated the stylish and cool image of the actor, in the seventies. Compared to Persol 714 icon sunglasses, it features the details of the original model worn by the actor. This folding acetate model is a very good example of the evergreen and coveted popularity of the classic Persol design.

The Calligrapher Edition collection comes from a partnership with Paul Antonio Scribe, one of the leading figures in the world of calligraphy. Persol designers drew inspiration from the ancient art of calligraphy and saw the curves of their optical frames in the fine lines written by pen. The Calligrapher Edition consists of a pantho and square styles as well as a circle and square double metal bridge styles. The model offers a look of bespoke elegance and unisex appeal for up-to-date persons with a taste for modern luxury.

The novelty from this year Capsule Collection inspired by Netflix’s show La Casa De Papel. The Aviator style  from the limited collection which consists of three special models, two of them being the El Profesor Original model and an El Profesor Sergio silhouette available in black and brown.

With Persol glasses, you will see the world differently.

Find these and many more Persol sunglasses at our store: https://www.eyeons.com/brands/persol/

No images found!
Try some other hashtag or username