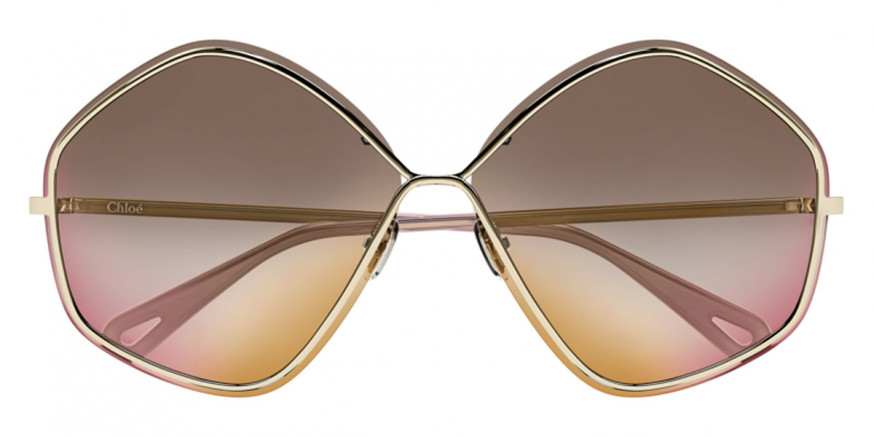 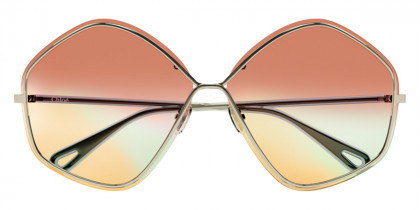 To determine the right size of the frame which ideally fits you, look at the pair of glasses you currently own. The numbers that are typically noted on the inside of the temple are the frame's measurements: lens width, bridge width, and temple length. 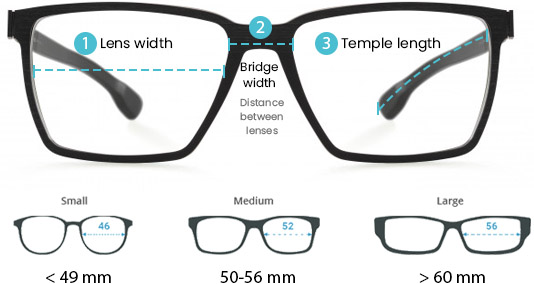 For 70 years, the fashion house Chloé has been known for its clean and romantic aesthetic and effortlessly feminine designs with natural charm and a touch of French allure. The brand offers both casual daywear and evening gowns, as well as luxurious eyewear collections.

CH0065S Sunglasses by Chloé™. The geometric shape design feature a rimless metal frame. This model is available in two different color combinations and sizes. The French brand Chloé produces women's clothing, a line of feminine accessories and fragrances. The founder of the Chloé fashion house Gabi Aghion, having created her own atelier in the early fifties of the last century, began to sew beautiful outfits for women from light flowing fabrics of pleasant colors and romantic patterns. Incredibly airy, light, and feminine images were liked by women who have recently survived the war. In addition, the cost of the products was democratic, despite the status of a luxury prêt-a-porter. Chloé sunglasses and ophthalmic frames are characterized by smooth shapes and elegant lines. The brand's designers skillfully emphasize the beauty of women's eyes, combining classics and current trends in spectacle models.

During its existence, the Chloé fashion house has witnessed many intrigues, changes, and magnificent works of various talented designers, each of whom brought fresh ideas and new accents, arousing the interest of the public, eagerly awaiting the release of new amazing collections.

The founding of the famous French brand Chloé dates back to 1952, but its history began long before that date. The founder of this fashion house, Gaby Aghion, was born in Alexandria and moved to France at the end of World War II. A wealthy aristocrat and a very attractive lady from high society Gaby Aghion actively led a social life.

Inspired by the ideas of Christian Dior, who returned grace and beauty to the catwalks, she decided to create models with her own hands. It all started with a small collection of dresses and soon turned into a fashion house named after one of Gaby's friends - Chloé Huysmans.

The brand has evolved under the guidance of many designers, but Chloé's style of everyday luxury remained unchanged. The name Karl Lagerfeld who joined the house in 1964 was synonymous with the house for many years. In the late 90s, Stella McCartney came to Chloe, bringing lace, lacing, and embroidery. This is what became the highlight of the clothes she creates. In addition to elegant clothing, Chloé produces sunglasses and frames that have become a symbol of femininity, charm, and sophistication. The name Chloé is translated from Greek as greening or blooming. As an epithet, it corresponds to the image of the goddess of fertility Dimetra. The famous French fashion house Chloé bears such a wonderful name. Numerous fans of the brand have appreciated the talent of the designers who are capable of producing spectacular collections of clothes and accessories that radiate naturalness, grace, and femininity.

Frames are created in both romantic pastel and more daring colors, but all models are characterized by elegance and trendy details.

The sunglasses are crafted of durable metal or acetate combined with anti-reflective lenses for superior UV protection.

Elegant silhouettes of both massive and graceful frames in natural shades serve to create an exquisite and refined look. Add your favorites to cart
Select Afterpay at checkout
Log into or create your Afterpay account, instant approval decision
Your purchase will be split into 4 payments, payable every 2 weeks
You must be over 18, a resident of the U.S. and meet additional eligibility criteria to qualify. Late fees may apply. Estimated payment amounts shown on product pages exclude taxes and shipping charges, which are added at checkout. Click here for complete terms. Loans to California residents made or arranged pursuant to a California Finance Lenders Law license. © 2020 Afterpay Proposition 65 is a California regulation that requires special warnings to be presented to customers if a product contains certain quantities of chemicals or toxicants known to the State of California to cause cancer, birth defects, or other reproductive harm. The following warning applies to the products linking to this page: 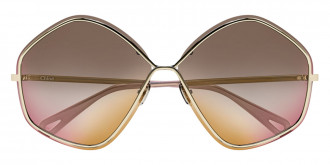 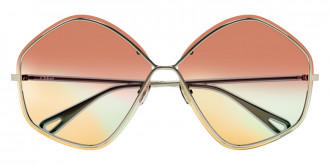