BE1328 Glasses by Burberry™. The round / browline shape design features a semi rimless metal frame. This model is available in four different color combinations and sizes. Founded in 1856, Burberry has become a symbol of the British elegance and irreproachable style. Today the brand is one of the leading luxury brands both in the clothing fashion industry and in the eyewear market. Burberry eyeglasses are presented in all existing shapes including classic rectangles and ovals, timeless round silhouettes and bold Aviators, feminine cat-eyes and outstanding Oversized frames. Coming in trendy shades of black and tortoiseshell they are very harmonious in a combination of minimalism, versatility and style.

In 1856 Thomas Burberry, a draper from Basingstoke, began his namesake brand. The manufacturing of outwear was the field he focused on and on which he succeeded.

Due to his craftsmanship by the beginning of the 1870s Burberry's store became one of the best not only among local residents but in adjacent cities as well. Soon after, in 1879, Burberry went on to create gabardine, which solidified his reputation even more.

This invention allowed him to make the revolution in rainwear as the unique material he patented soon was amazingly good to withstand the onslaught of winds, rains, thorny plants and resistant to any weather. The innovation material very quickly replaced the old heavy and uncomfortable materials used in manufacturing of waterproof clothing. Gabardine got its name in honor of a quiet place described by Shakespeare, in which anyone could hide from the weather.

“When it comes to luxury products from clothing, shoes to eyewear, Burberry absolutely fits the description. This is a reputed brand with a rich history which combines heritage with innovation and craftsmanship. Original timeless designs and classic elegance with modern appeal are characteristic for all Burberry fashion-forward collections." 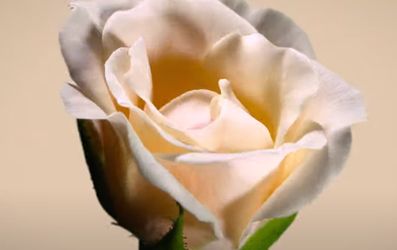 Burberry designers harmoniously balance the classic British traditions with a modern twist. Staying true to their roots they create glasses featuring exclusive details with a fresh vision on modern fashion.

Burberry frames, designed in Britain and manually assembled in Italy, reflect many of the brand's signature design nuances making a statement of elegance and exclusivity.

Burberry eyeglasses are made with attention to detail from high-end materials including acetate, leather and metal and show off an iconic Burberry design on the temples. 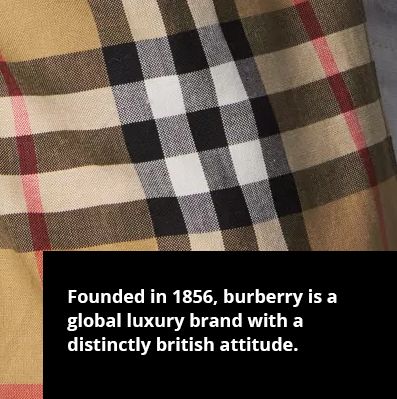 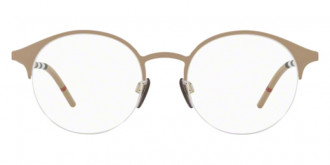 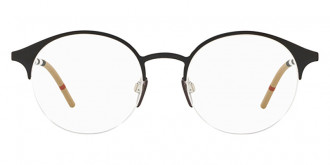 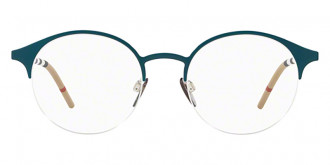 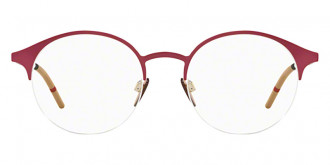