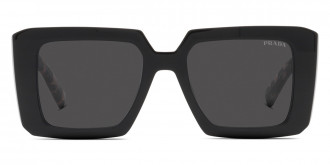 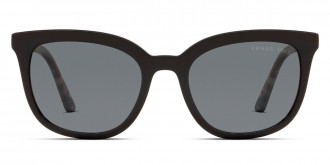 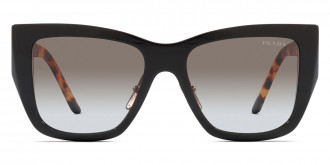 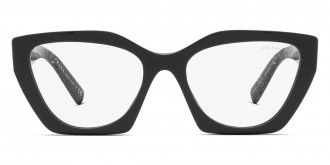 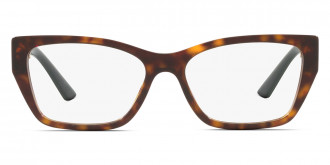 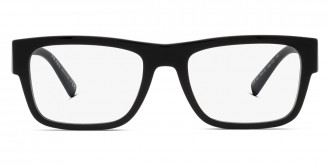 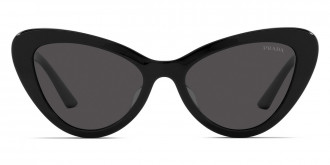 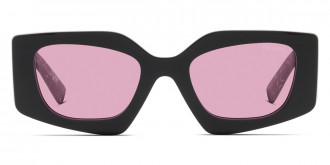 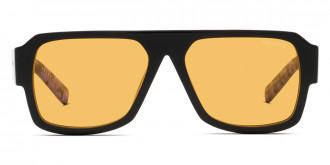 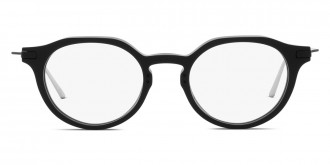 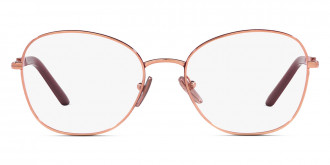 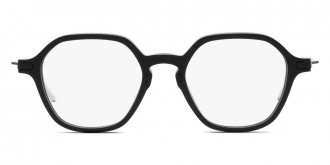 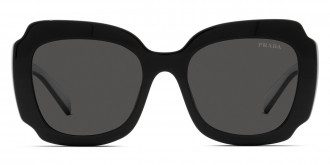 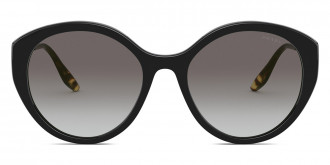 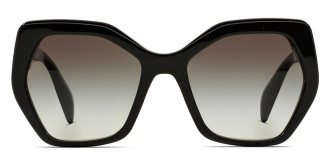 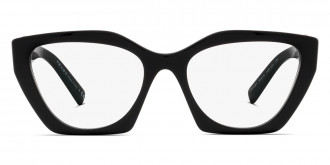 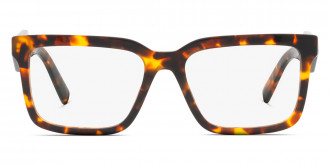 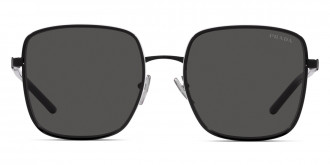 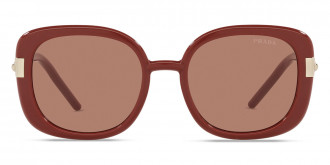 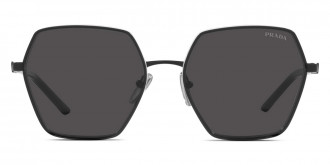 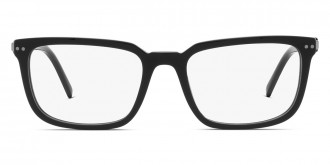 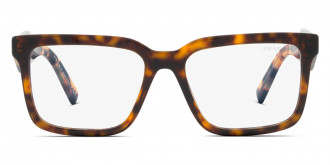 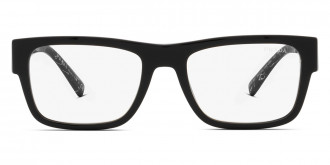 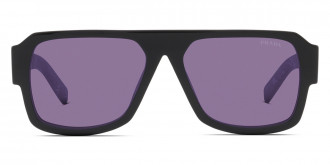 Prada is one of the most innovative, prestigious, and widely recognized brands which offers a wide range of goods including sunglasses and optical frames. The eyeglass collections of the Prada fashion house are called innovative and non-standard for their unusual design and the spirit of contradiction that can be traced in all brand's creations. In the early 90s, Prada launched the first optical collection, which immediately attracted attention. Large frames, flashy colors could not leave the admirers of the brand indifferent. These were glasses in the ugly chic style, which at that time gained particular popularity thanks to Miuccia Prada.

Those who are familiar with the Prada brand know that many of the brand's eyewear models were originally distinguished by their unique design, so specific that fans of the first spectacle collection called it “Ugly Prada”. The frames looked bulky and heavy, but oddly enough, this became the highlight and the hallmark of the brand. For her extravagant and extraordinary designs, which have been recognized for impeccable workmanship, Miuccia Prada received the prestigious International Award from the Council of Fashion Designers of America.

Today Prada is a symbol of superb design and an example of iconic luxury. Adhering to the long-standing tradition of the impeccable quality of its products, Prada manufactures attractive, trendy fashion eyewear for special occasions as well as leisure options for everyday wear in any setting. Prada fashion sunglasses are the pinnacle of subtle elegance, perfect for cosmopolitan, in-vogue men and women looking for state-of-the-art eyewear with an excellent and original design.

The lineup of Prada glasses is replete with frames of various classic shapes: these are rectangular, oval, round, or trapezoidal, as well as timeless Aviator, Cat-Eye, and Butterfly models. Each new collection has its own distinctive zest in design, but at the same time, the designers of the Italian house care not only about style but also about convenience. All Prada sunglasses are made in Italy by Luxottica, which creates eyewear collections using high-quality metals and plastics using cutting-edge technology.

Stylish, fashionable, sophisticated and unique - all these qualities are harmoniously combined in the creations of Prada, which is one of the oldest Italian brands in the market. It is one of the few fashion houses with a century of history, which manages to preserve the original characteristic elements, processing them so that the result looks more modern than the collections of many brands of our time. Prada denies the usual notions of beauty, comes up with provocative combinations and teaches not to follow standard algorithms. The basic brand's values are innovative spirit, curiosity, love for its craft and a creative approach to detail. Prada is known for its colorful but elegant bags, avant-garde clothing collections, massive eyeglass frames and seventies styling. 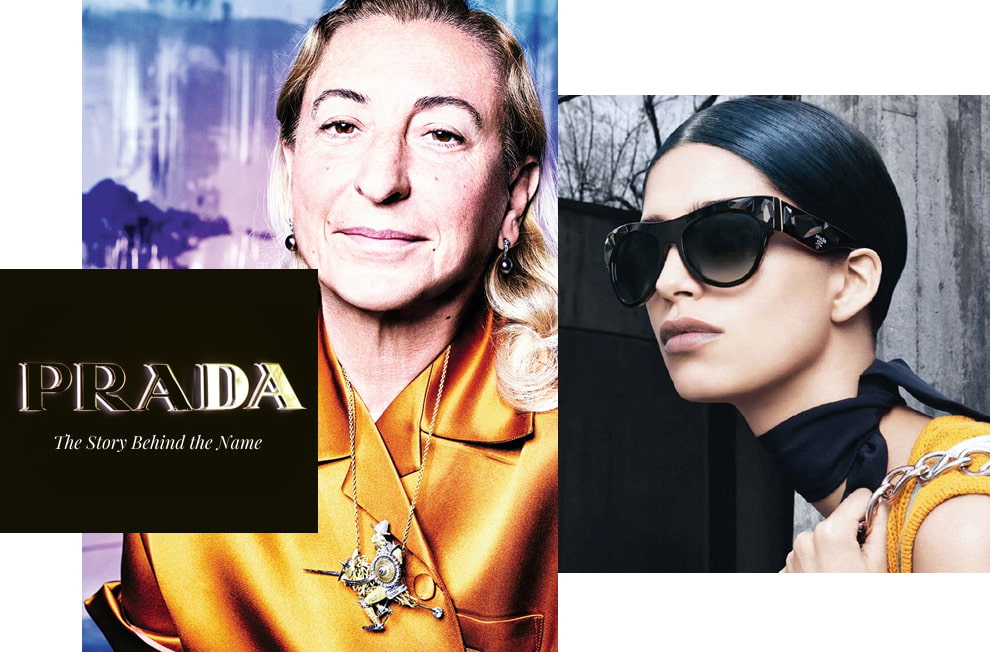 Prada's style is hard to define. It can not be attributed to conservatism, pretentious luxury or aggressive sexuality of Hollywood. It is rather a combination of all the above. This unique style, coupled with impeccable quality made Prada the greatest brand in the European and American fashion markets, and its designer - one of the most influential in the fashion business. In spite of its more than a century of history, Prada didn't lose its true admirers, but on the contrary it acquires new fans every year. The world-famous Italian brand Prada is strongly associated with high quality and sophisticated style.

It's the Italian designer Miuccia Prada who governs the fashion empire and stands behind all creations of the brand and who is among the richest and most influential women according to Forbes magazine. The granddaughter of a businessman, she managed to turn a local brand into one of the most famous fashion houses in the world. Miuccia creates very controversial, individual, and sometimes paradoxical things, but this is what gives them a certain piquancy. Because of this, the designer is often called the "thinker of the fashion world." The main rule she is guided by is the constant movement and looking for something new. Prada collections are often called innovative and unprecedented. Today it is difficult to imagine the modern world of fashion without traditional prints and bright colors of the brand.

The brand’s history began in 1913 with the Fratelli Prada (Brothers Prada) company, which owned a factory producing elite travel suitcases. Mario Prada, the founder of the brand, focused on wealthy customers using walrus leather for his products. His daughter Louise, who took over the management of the company in 1958, expanded the range of products: luxury bags made of python and crocodile leather, inlaid with rhinestones and shells of turtles, were in demand in Europe and America. However, by the seventies, the demand for such excesses plummeted, having led to the company's decline. Everything changed in 1978, when the company was headed by the granddaughter of Mario Prada - Miuccia and her husband Patricio Bertelli. 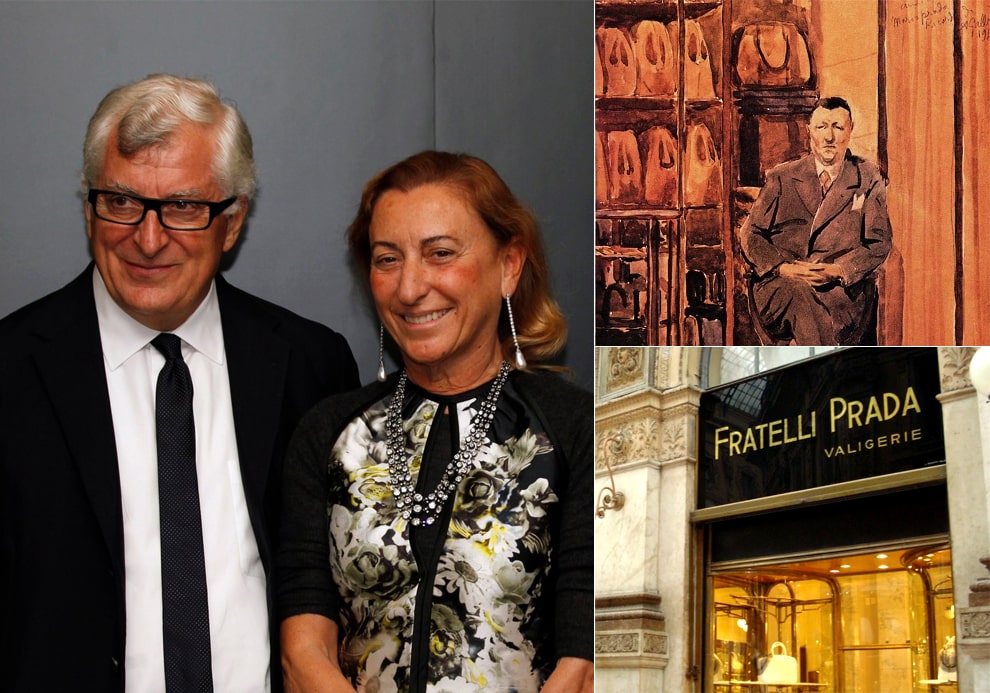 Spouse managed not only to revive the company, but to turn it into a powerful empire, and the Prada brand into one of the most influential in the fashion world. While Patricio Bertelli dealt with the financial side of things, Miuccia completely gave herself to design. She radically changed the approach to design of the company's products, making elegant, restrained and concise style the main advantage of the brand's products. In the first collection of women's handbags, she refused from heavy leather in favor of lightweight nylon and an elegant shape, and was not mistaken - success was not long in coming. Bold experiments with new materials are a characteristic feature of Miuccia Prada concepts. In 1989 Miuccia launched the pret-a-porte clothing line, the distinguishing feature of which was its exquisite cut, clear lines and dark, mainly black tones of materials. Elegance, originality and complete unlikeness with everything what was offered by other fashion designers at the time were main Prada advantages.

The courage and creativity of Miuccia Prada allowed the brand to reach the forefront of fashion letting the company to be at the vanguard of the trendsetters. Three years later, the first youthful, fun, practical and affordable clothing collection of the Prada House was released under the Miu Miu brand. In 1997, the Prada Sport line of sportswear was launched, and the next year, the Miu Miu men's collection, which includes not only clothes, but also shoes and bags appeared. At the beginning of the new, 21st century, Prada Beauty cosmetics started, and the first fragrance of Prada Eau de Parfum saw the light. Today, the Prada empire manufactures clothes, shoes, bags, accessories, cosmetics and luxury perfumes under several brands: Prada Donna, Prada Uomo, Miu Miu, Car Shoe, and others. The Prada brand is famous for the consistently high quality of its products and is one of those rare companies that have not moved their workshops to Asian countries, so the cost of products is high.

The uniqueness of the Prada brand lies in the fact that the products do not have recognizable styles and models that made it once popular: each time a new collection is created there are no analogues of previous models. A feature of the brand is also a collaboration with architects and contemporary artists who design brand boutiques for exclusive projects. In Milan, the Fondazione Prada Center for Contemporary Art and Culture has been created, which hosts brand seasonal shows twice a year, and the rest of the time it is used as an exhibition hall. Only a combination with art and architecture allowed the Prada brand to become the most influential in the fashion world.