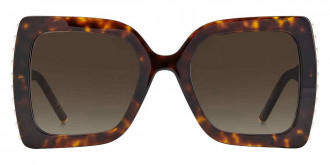 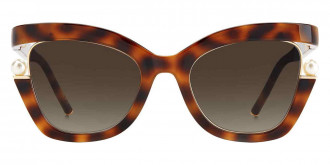 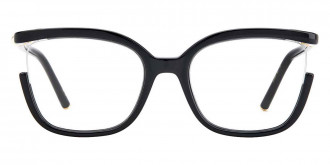 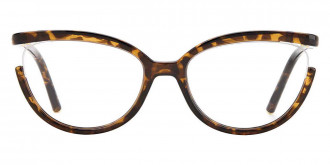 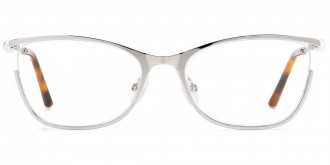 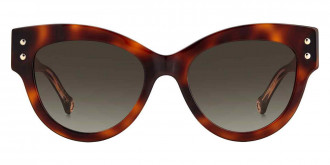 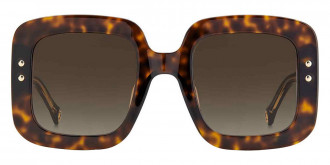 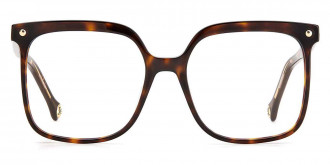 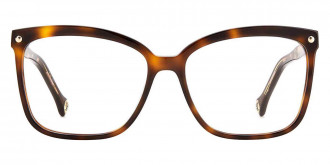 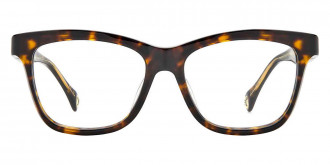 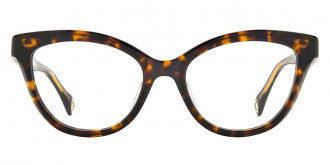 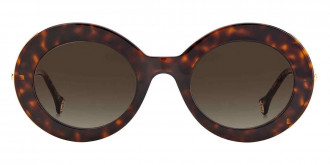 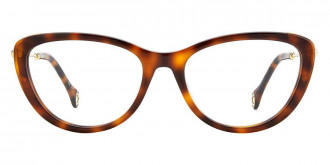 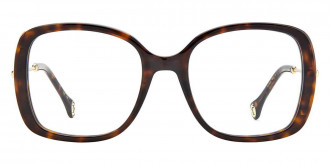 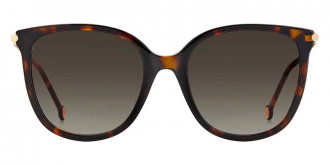 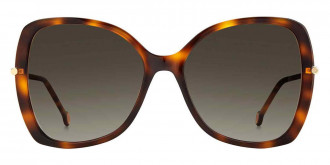 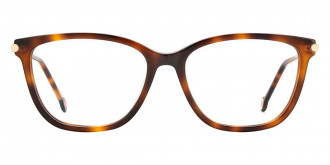 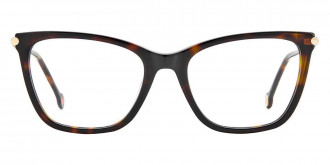 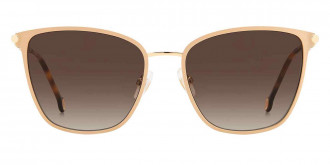 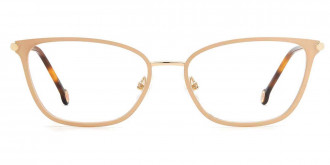 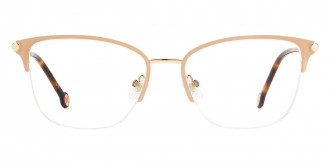 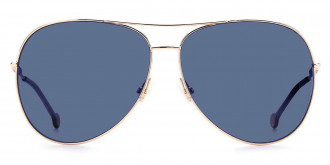 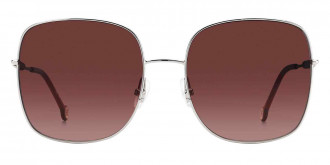 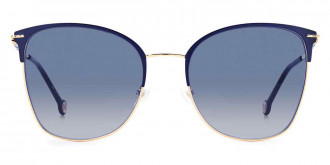 The collection of sunglasses and frames from the New York-based luxury brand Carolina Herrera is a combination of noble chic and classic shapes. Each model captivates with its luxury, exquisitely enclosed in a modern design and spectacularly shaded with stylish details. Fashion brand Carolina Herrera is loved by women all over the world for its simplicity and aristocracy, elegant experiments and classic clothing silhouettes, which are perfectly combined with the brand's glasses in a variety of shapes - from square and oval to incredibly feminine and sophisticated Cat-eye and Butterfly.

The style of the Carolina Herrera brand is characterized by a special elegance, with a modern vision of fashion. Unusually feminine and sophisticated sunglasses by Carolina Herrera demonstrate timeless elegance and wonderful styling, and eyeglasses seem to be specially created in order to emphasize and reveal all the advantages of their owner. Moderation in decor, as well as an unsurpassed sense of style, made the brand's glasses incredibly popular among fashion-forward women of all ages. 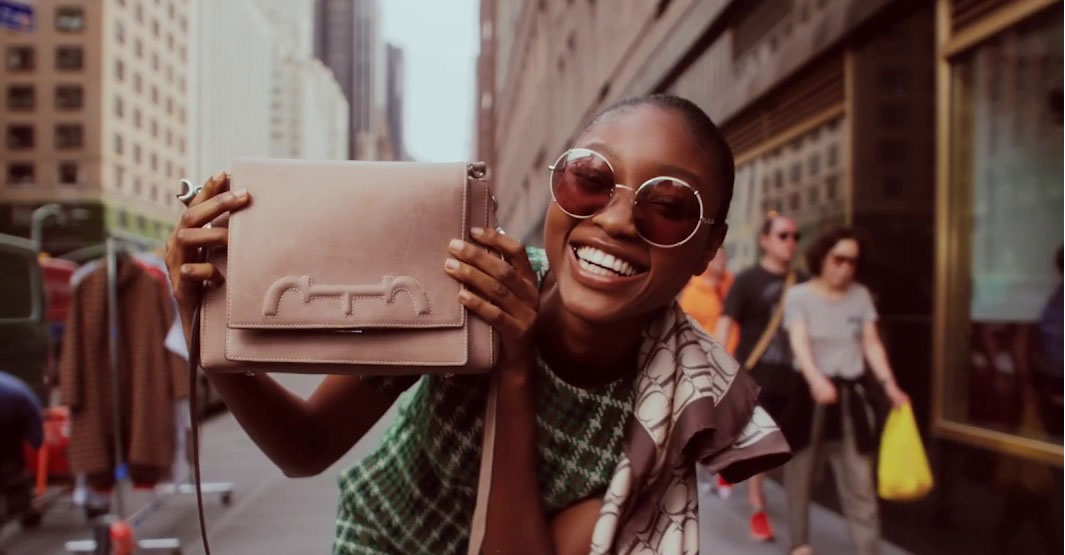 The latest Carolina Herrera optical collection was created in partnership with the globally recognized Italian company Safilo, known for its stylistic and technical innovations. The company boasts quality products, skillful craftsmanship and striking contemporary eyewear designs for a number of renowned brands including Boss, Carrera, Jimmy Choo, Tommy Hilfiger, Rag & Bone, Under Armour, Polaroid and more. In this new eyewear collection Carolina Herrera presents a cosmopolitan, carefree look with a nonetheless timeless appeal. Each pair of sunglasses and optical frames is made of high-end metal and acetate and is marked with the signature monogram CH logo.

Femininity, superior design, versatility and functionality are what Carolina Herrera focuses on when creating frames. These glasses can be easily put on in the morning for a business meeting, while in the evening they will become a chic accessory for going to the premiere at the theater or on a romantic date. Brand designers strive to make every woman feel confident and unsurpassed, elegant and catching male admiring glances when wearing Carolina Herrera outfits and accessories.

Luxury brand Carolina Herrera bears the name of its founder, who launched her first clothing collection in 1980, immediately gaining the sympathy of the fashionable public. The impeccable silhouettes of the models and elegant finishing details attracted the attention of the most sophisticated and luxurious secular ladies. Among the devoted fans of Carolina Herrera's fashion house are the wives of the heads of state and monarchs. The first client of the young brand was Jacqueline Kennedy Onassis. Elegant suits and dresses instantly replenished the wardrobe of the ex-wife of the President of America and the wife of a Greek millionaire. Michelle Obama, Melania Trump and Megan Markle also appeared in public in fabulous outfits from Carolina Herrera. 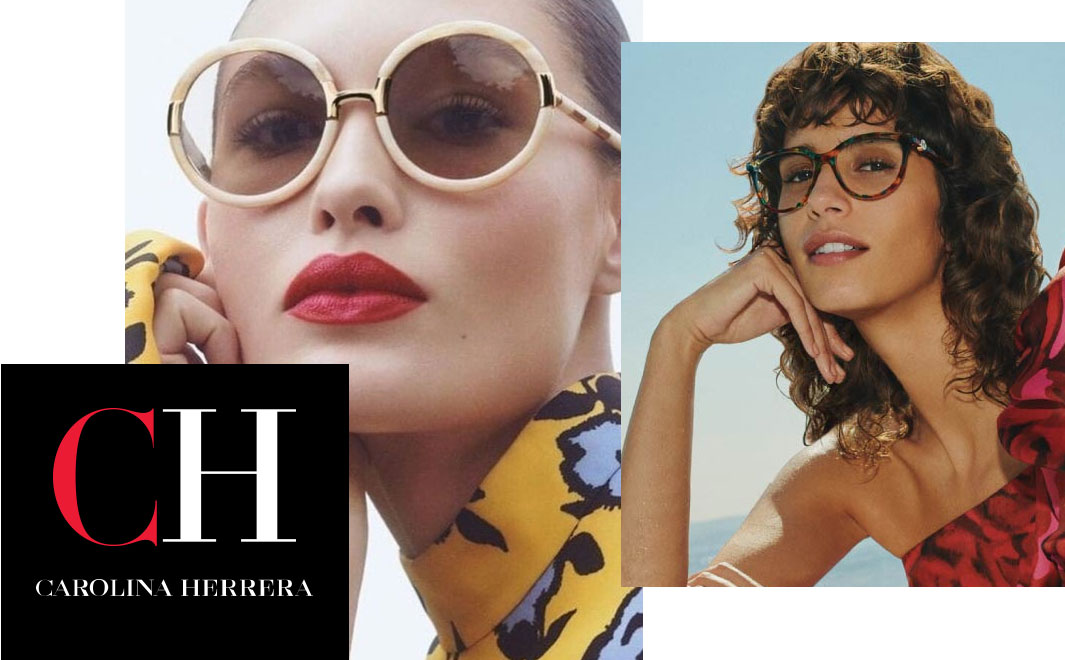 Carolina Herrera strives to create great stylish ensembles for modern global women, who live life to the fullest and, above all, appreciate individuality and excellent quality. A woman from Carolina Herrera is a resident of a big city who wants to feel confident in any situation, no matter at work or in the circle of loved ones. The designer thinks through the looks to the smallest detail, adding fashionable accessories to her stylish outfits depending on the occasion. The feminine and cheerful aesthetics of Carolina Herrera sunglasses and optical frames capture the essence and personality of this globally recognized fashion brand.

The founder of one of America's leading fashion houses, Carolina Herrera, belongs to an old family living in Venezuela. From birth, the girl was surrounded by luxury and beauty and began to be interested in fashion at a young age, hitting the Balenciaga show. Long before the founding of her own brand, Carolina Herrera has repeatedly become the heroine of gossip columns, in which the public admired her impeccable taste and style. In 1980, Carolina Herrera opened an atelier in New York and created her first collection of 20 elegant dresses. The first show was quite modestly intended for a close circle of friends. But success was not long in coming, and soon a well-known New York buyer came to the novice designer, ready to buy the entire collection as a whole. 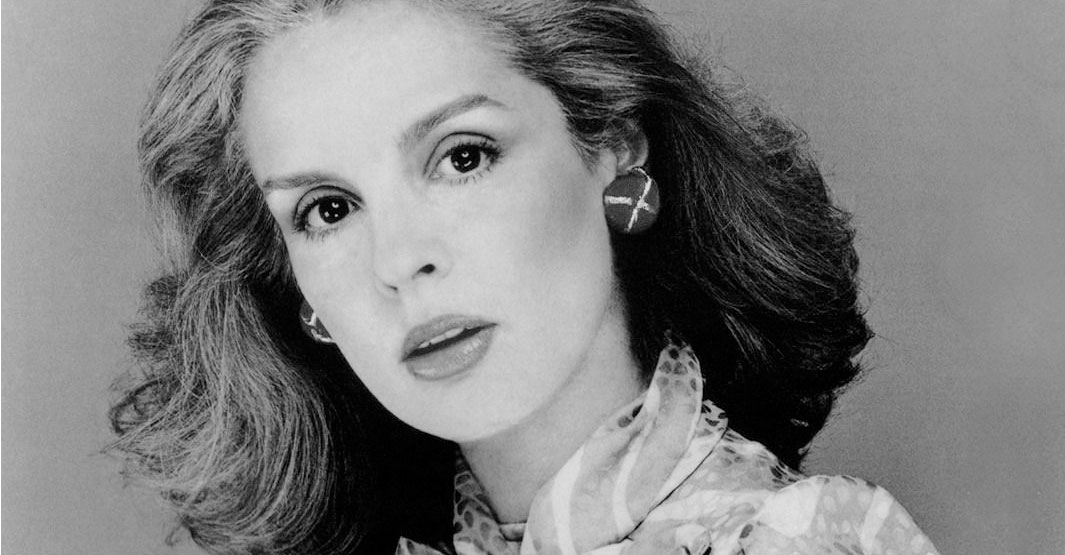 A year later, in 1981, a full-fledged collection of dresses was ready and presented to the public under the Carolina Herrera brand. The sophisticated secular public liked the style proposed by the designer, and the company began to gain momentum. In 1987, the company expanded its product range with the launch of the Carolina Herrera fragrance. Then new men's and women's fragrances were released. Other trappings of luxurious living followed, such as magnificent bags trimmed with crocodile leather and exquisite embroidery, as well as collections of frames and sunglasses, which are invariably in demand among the most sophisticated and fashionable public.